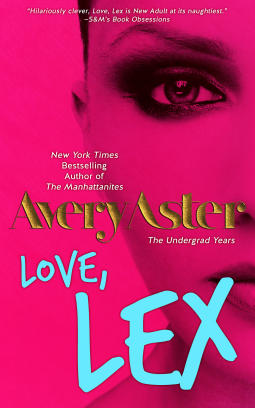 This book is awesome from beginning to end. Lex is a strong girl who deals with a lot but she doesn't let it get her down, she slaps a H on her chest and handles it. With the help of her besties and a drool worthy cop named Ford Gotti, she makes the best out of a tough situation. After reading this book I want to read all the books in the series. Sexy, fun, and emotional this story has everything readers want to read. Great job by Avery Aster. She leaves you wanting more. Now I'm eager for Taddy's story.
Posted by TishO at 12:28 AM No comments: 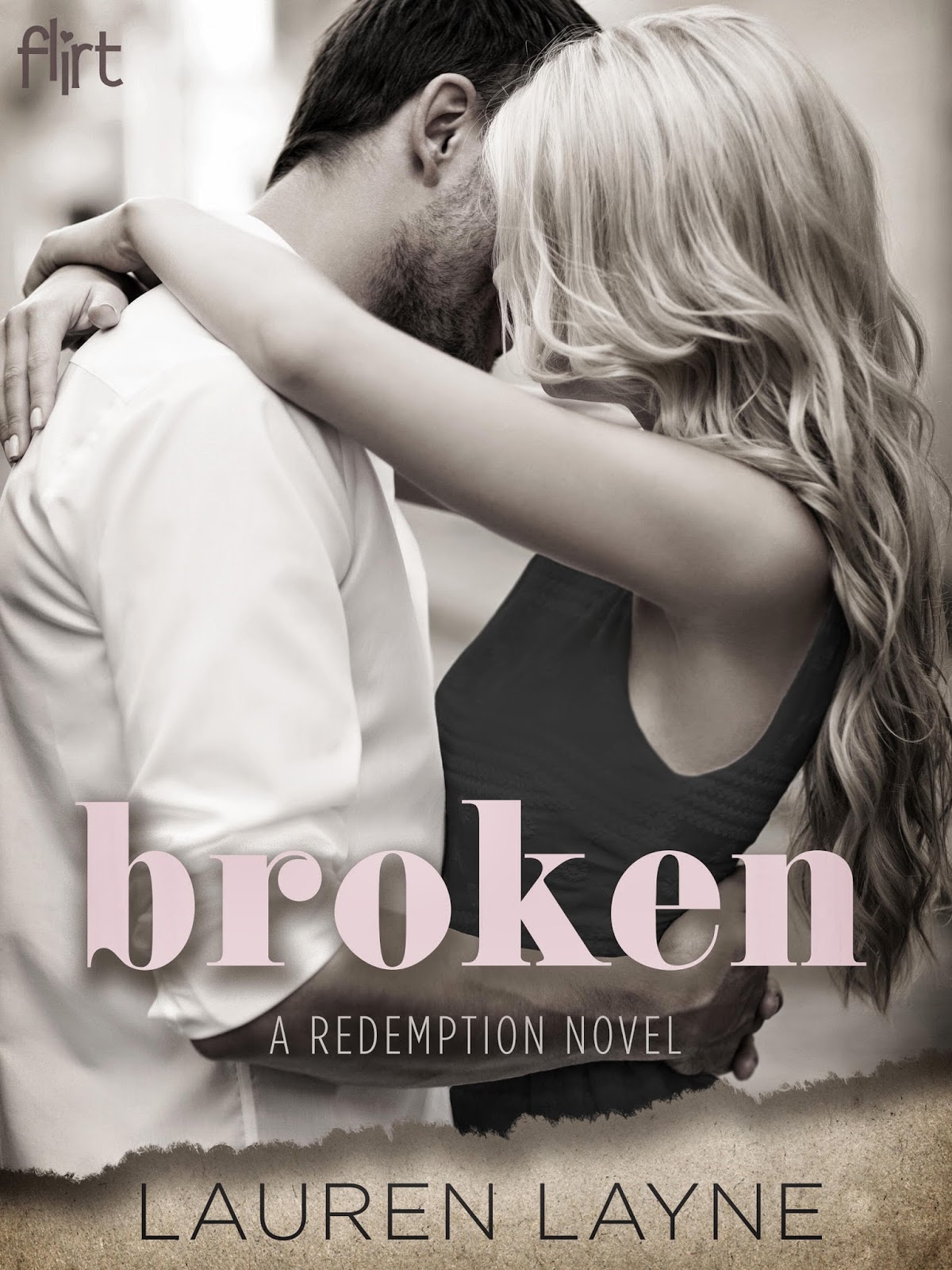 Gorgeous cover that pulls the hearts strings. Done in a soft black and white, it invites you into the pages. The way that both cover models face is covered eludes to a intimate loving moment. Perfect for the story.
About the book:

Lauren Layne’s heart-wrenching novel tells the story of a girl with secrets, a guy with scars, and a love that could save them both . . . or destroy them.

When Olivia Middleton abandons the glamour of Park Avenue for a remote, coastal town in Maine, everyone assumes she’s being the kind do-gooder she’s always been. But Olivia has a secret: helping an injured war veteran reenter society isn’t about charity—it’s about penance. Only, Olivia’s client isn’t the grateful elderly man she’s expecting. Instead, he’s a brooding twenty-four-year-old who has no intention of being Olivia’s path to redemption . . . and whose smoldering gaze and forbidden touch might be her undoing.
Paul Langdon doesn’t need a mirror to show him he’s no longer the hotshot quarterback he was before the war. He knows he’s ugly—inside and out. He’ll do anything to stay in self-imposed exile, even accept his father’s ultimatum that Paul tolerate the newest caretaker for three months or lose his inheritance. But Paul doesn’t count on the beautiful twenty-two-year-old who makes him long for things that he can never have. And the more she slips past his defenses, the more keeping his distance is impossible.
Now Paul and Olivia have to decide: Will they help each other heal? Or are they forever broken?

Olivia squirms. "Why are you looking at me like that?"
"I've never known a female to acquiesce that easily without a catch. How about you hit me with it now and get it over with?”
Olivia shrugs. "Fine. I was going to say that I won't run alone, if you promise to go with me."
"No," I say, almost before she's finished her sentence.
"Why not?"
I rap my cane once against the ground. "Well, for starters, despite the fact that there are tortoises that could surpass your sorry excuse for a jog, I'm in no shape to accompany even the most pathetic of runners."
"What a handy skill you have of overloading a sentence with insults," she says as she reaches up to adjust her ponytail. "That must be helpful what with your thriving social life and all."
I thump my cane against the ground again, studying her. "Must be nice, picking on the cripple."
Olivia rolls her eyes. "Please. Your soul's more crippled than your leg."
She has no idea how right she is, and I have no intention of letting her anywhere close enough to find out. I've gotten good at shutting people out by pushing them away . . . being as nasty as possible until they reach their breaking point. But with her? It's different.
We hope you enjoyed this sneak peek of BROKEN by Lauren Layne! Love everything Lauren Layne? Her newest adult contemporary romance in the Sex, Love and Stiletto series, JUST ONE NIGHT, is on sale now! 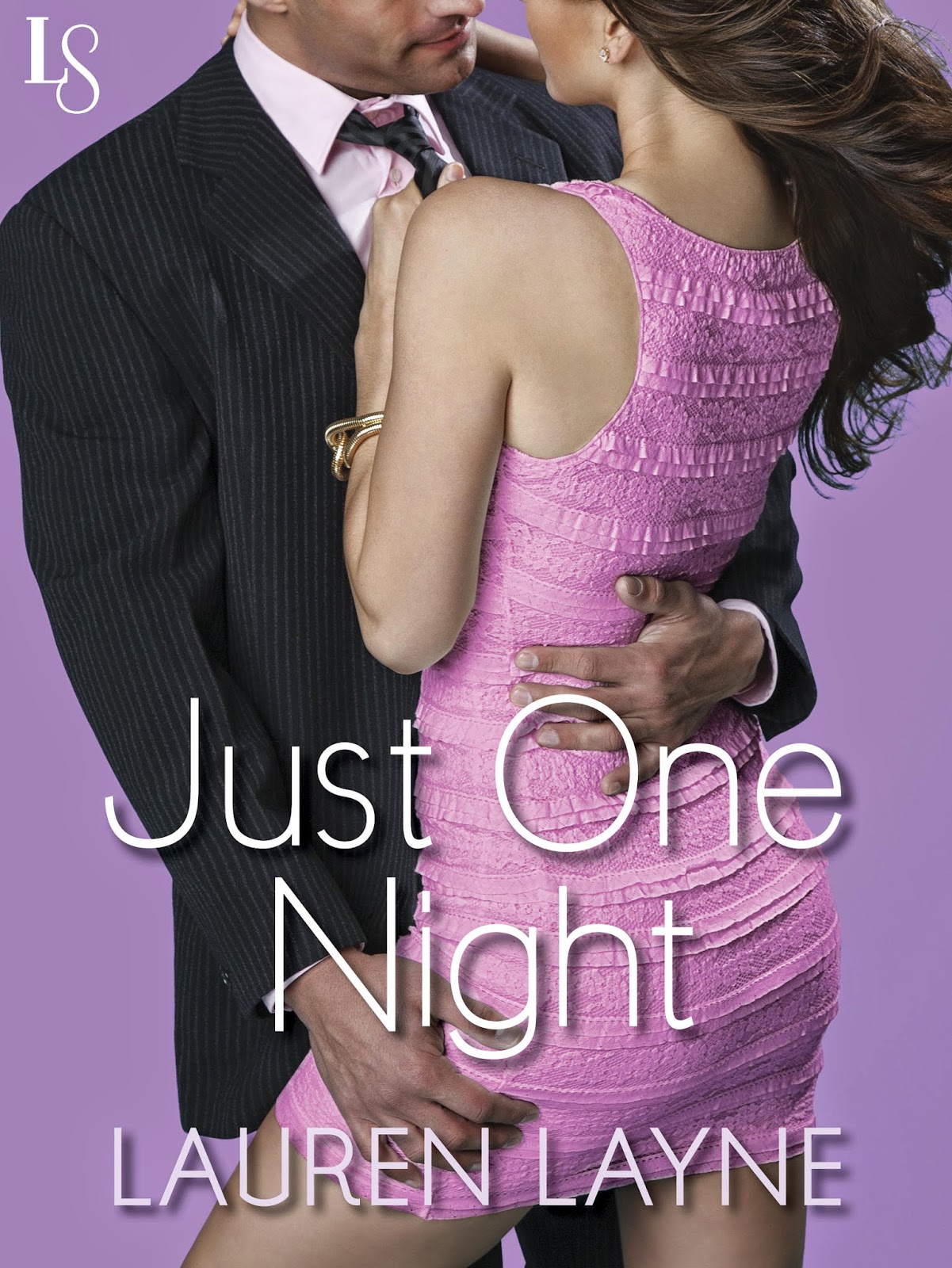 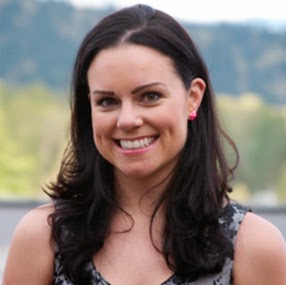 This summer, I’d planned to celebrate my eighteenth birthday in Europe with my fellow Manhattanites—Taddy Brill, Blake Morgan, and Vive Farnworth—until I caught my boyfriend screwing my mother. According to the police report, this vomit-inducing incident happened around the same time I’d supposedly blown-up my mother’s penthouse. Like I’m walking around Soho with a stick of dynamite in my Louis Vuitton purse—not! Now, my besties and I are in jail.

Officer Ford Gotti, the Harley-wheelin’ biker cop who arrested us, keeps sticking his perfectly-sculpted nose into my case. His inked body is jacked like a superhero, and he says I can trust him. He wants me to fess up. I won’t. Not again. Why should I? My friends and I had a previous stint in juvie that nearly destroyed us. I gotta protect them and keep my mouth shut. Right?

The Undergrad Years is a New Adult contemporary miniseries about first loves, independence, and everlasting friendships. Interact with Avery while reading Love, Lex on Instagram and Twitter @AveryAster using the hashtags #UndergradYears #NewAdult. Swag and reader contests can be found on Avery’s blog at: AveryAster.com 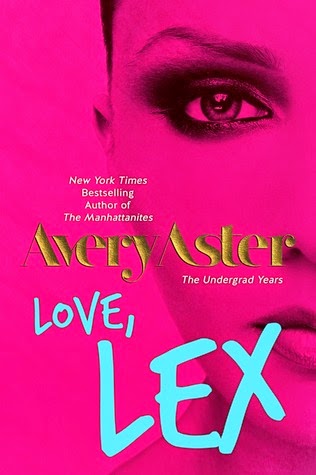 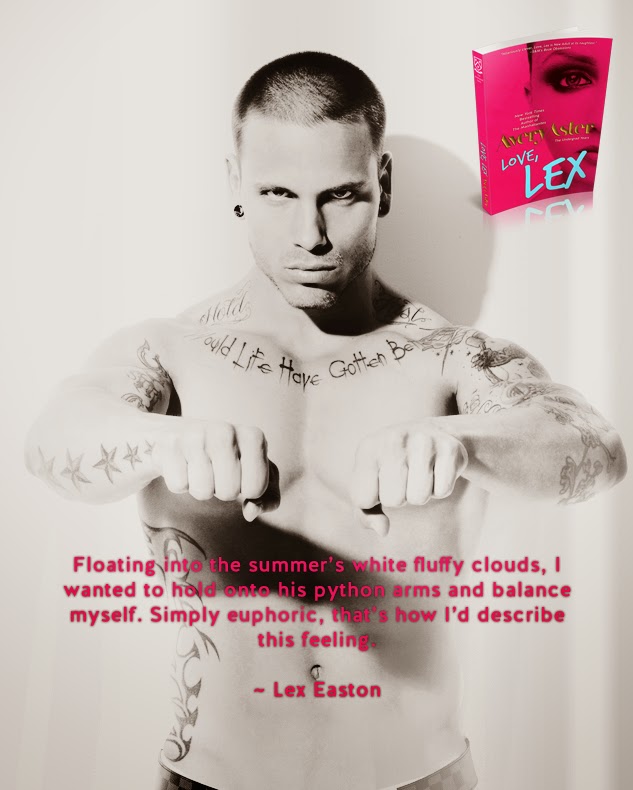 
Excerpt from Chapter Seven: The Ride of My Life
*the set up: Lex and Ford go for a ride on his motorcycle
The bike rolled into the garage and stopped. Ford pushed a button, and the garage lights came on as the door closed. Kicking the stand, he got to his feet and cut the engine.


Mindful of where I sat, he lifted his leg and got off the bike. When he removed his helmet, I noticed his eyes weren’t as dark as before. They had hints of hazel in them. His brow furrowed into a straight line when he caught me staring at him.


Quickly, I looked down at the bike and reached up to take my helmet off.


“Allow me.” His big hands came under my chin. He tilted my jaw upward. “Such a beautiful face, Lex. I like looking at you.”


I’d heard the “pretty face but” backhanded compliment my entire life. I waited for him to say, “But your body could use some work.” Or my personal favorite, “It’s a shame you forgot to take care of the rest of you.”


Ford didn’t say anything of the sort. He studied me just as he did back in the jail, from head to toe. I’m so uncomfortable. Not because of anything he’s doing, but because usually that is when men, and sometimes women, stop looking at me all together.


He unfastened my chinstrap and teased, “Let’s see if your hair has static.”


Trying to stand, I laughed nervously.


“Stay seated.” He removed my helmet and placed both his and mine behind me. He swung my right leg to the left side of the bike, framing my body with his. He cupped my face in his hands.


Hot cop fantasy? Heck no. This was real. He was going to…


Ford licked his bottom lip. His facial features strained, becoming serious. The tip of his nose touched mine. I smelled mint when he exhaled. “No roommate. Yup, I live alone.” Then he kissed me.


My head fell back into his grip.


With determination, he tongued me, deeply, clockwise, oh yes even his flippin’ tongue was strong and precise, just like the way he weaved his bike through traffic.


Enthusiastically he unbuttoned the straps on my overalls and then without even looking, still lip-to-lip, he worked the closure on the left side then the right.  The denim flaps fell to the front and the back.


“Stand for a sec.” Ford lifted me up in the air as if I were a weightless feather. He planted both my feet on the ground, and then he shanked the overalls to my ankles.


“Ford—” Before I could finish whatever I was going to say, he lifted up my shirt and swiftly placed me back on the motorcycle. Worried I’d fall, I dug my back into the seat, reached for each handlebar, pulling myself up as I gasped and garbled some words.


He slid his fingers through the purple waistband on my underwear.


My entire body stood to attention.


“I want you naked so I can admire your body, and fuck you, on my bike.”


Air, I needed to breath. Afraid I might pass out, I inhaled through my nostrils and wrapped my arms around his shoulders. “Umm, Ford,” I whispered when he came in to kiss me again.


What the heck was I going to say? “Excuse me, but as hawt as this whole bike thing sounds, my Lady V and I would be more comfortable on a bed, sofa, or even the floor.” I felt as if I might knock the bike over any second now.


“Very,” I replied without thinking.


“I told you not to be.” He repositioned himself holding my legs over his right shoulder.


The panties came off. Then he lifted one leg and rested it on his other shoulder. Leaning down, his hands scooped under my back and unfastened my bra. No directions necessary. This dude could do this undressing thing, in the dark.


That tongue of magic. Thick and velvety, warm and wetter than the spot between my legs, Ford slipped back into my mouth. This time he rotated counterclockwise.


Dang. Ford is an Olympic kisser. For round two, I braced myself in his arms.


Legs spread wide, my ass still sat on the bike. 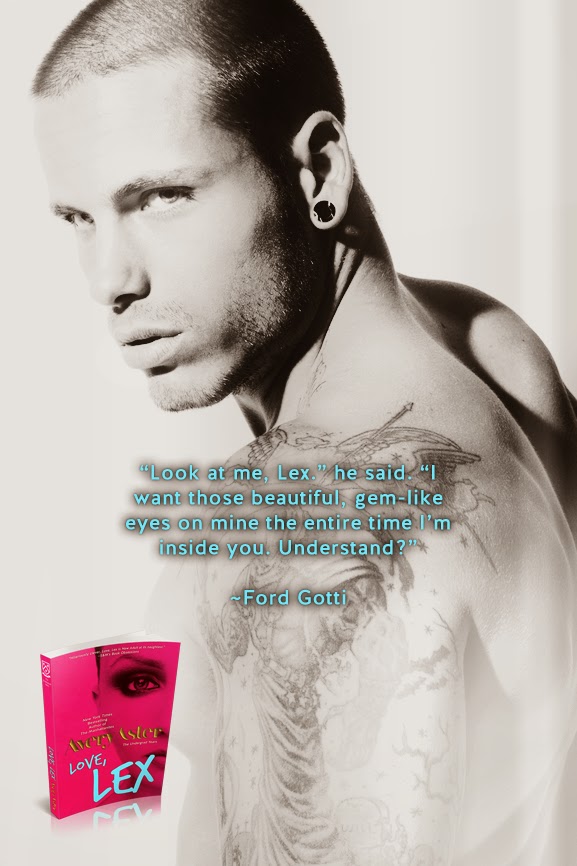 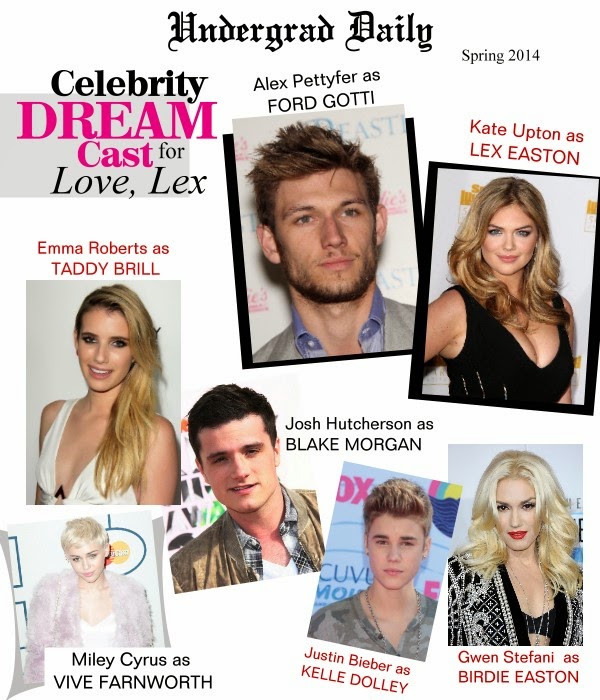 This was a great quickie book. I enjoyed the plot and concept of the story. I found the characters to be interesting. I found myself rooting for their love story and triumph over the challenges they would face. I am eager to read more in the series. I was proud of Murdina for standing up for what she had with Cameron. 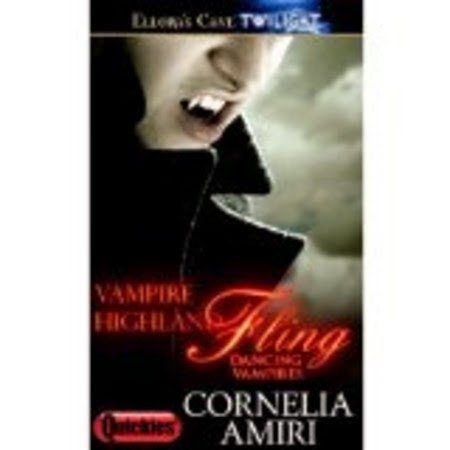 A Voice of Her Own book review

"A voice of her own" by Kathryn Lasky and illustrated by Paul Lee is about Phillis Wheatley who was a slave poet. Phillis was taken from Africa as a young child to be enslaved in Boston. Despite being enslaved Phillis learned to read, write, and speak several languages. Adversity didn't keep Phillis from writing poetry something that she truly loved. Phillis wrote about politics, the sky, whatever was important to her and significant in her life and in society. Wheatley published her book of poetry in 1774 called "Poems on various subjects, religion, and morals".

Beautifully illustrated in acrylic, this book portrays triumph over tribulations. I recommend this book especially during women's history month. As a African American female Phillis Wheatley was able to accomplish some incredible feats that were unimaginable in her time.Being a woman you didn't have much power or position, being African American she had even less position in life but she continued to do what she loved and produced a collection of poetry that can be read to this day, as the first African American to publish poetry. 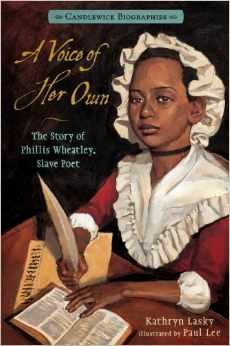 TishO
I write reviews on books of various genres.